Despite government’s fight against illegal small scale mining also known as galamsey, such activity is progressing unabated within the Atwima Mponua District of the Ashanti Region leaving River Offin and three other rivers heavily polluted.

During a visit to some of the sites, illegal miners including women and children were seen engaging in the illegal activity with excavators and other equipment.

In the Ashanti Region, the Atwima Mponua district is noted as one of the key areas for illegal mining activities.

River bodies in the area were restored to their natural state when a ban was placed on illegal mining and all forms of small scale mining activities.

But shortly after the ban was lifted, some water bodies started changing colour.

The District Chief Executive for the area, William Yaw Darko in a Citi News interview in May 2019 attributed the change in colour to the rainy season.

“It is not galamsey. I won’t say galamsey but I will say small scale mining. Since this is a mining district and the ban has been lifted, many people have started the work and they are working. A few days ago, there were heavy rains in the district and when it rains like that, some of the running water goes into the main river and the colour changes,” he said at the time.

But this does not appear to be the case now as it has not rained in the area for some time now but the river bodies still look heavily polluted.

During Citi News‘ visit to some sites, some persons were seen engaging in mining activities while the waste were discharged into the rivers.

At areas such as Aniamoa, Ntoboroso and Adobewura where the respective communities even derived their names from the rivers, illegal mining activities are still ongoing as the water bodies are gradually being destroyed.

In these areas, the miners were seen busily engaging in the mining process without any reclamation.

Mining equipment such as excavators were also seen on the sites as women and children joined to mine not too far from homes.

These activities are common in those communities as people engage in it openly. 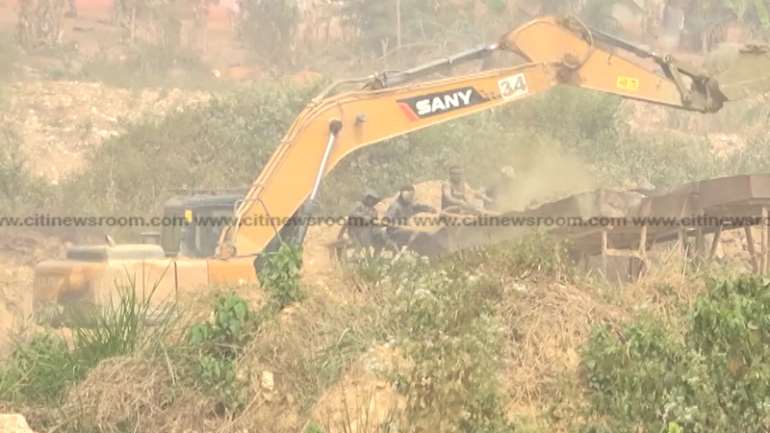 While River Offin has been polluted, other rivers such as Aniamoa are also being ruined. Miners have attempted to divert its course to enable them engage in the menace.

Some farmers who live there say their livelihoods are being threatened by the miners who are not only destroying farmlands but taking over their lands. 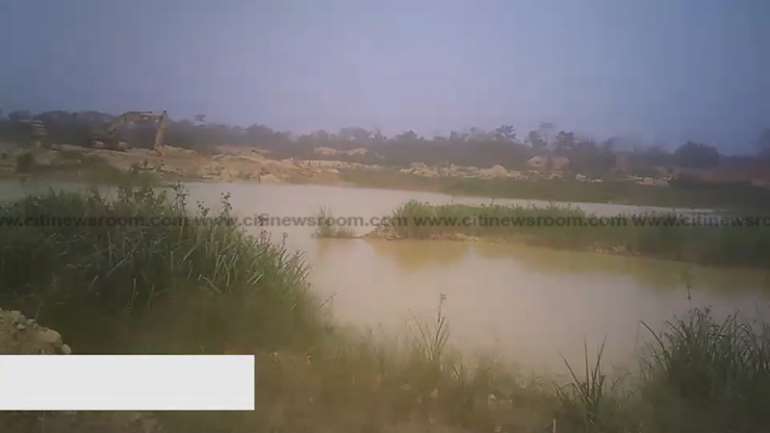 For those who farm along the River Offin, they are unable to use the water for irrigation purposes.

“The activities of illegal miners in this area affect us badly. This is because vegetable farmers along River Offin are unable to use water from the river for irrigation purposes since it is polluted. When used, the polluted water will destroy the crops. This has become a source of worry for us. We can no longer drink from the river due to the change in colour and the level of pollution. Residents along the river are the worst affected. We know the pollution is as a result of galamsey activities because, previously, the river was very clean but it has become polluted as a result of the activities of illegal miners,” a resident stated.

“I was born here. The river was clean when we were young. It was not as polluted as this. The colour started changing when illegal miners began their activities here. They placed their equipment under the bridge to mine in River Offin but the men in the community mobilized themselves and chased them out. When President Akufo-Addo took office and placed a ban on small scale mining, River Offin became clean again. However, the situation has gotten worse. Indeed, it’s a difficult situation for us. Illegal mining activities are still ongoing in many communities here. When you visit the sites, you will see them working. This is a major concern for us. We are unable to use the water from River Offin for virtually anything,” another added. 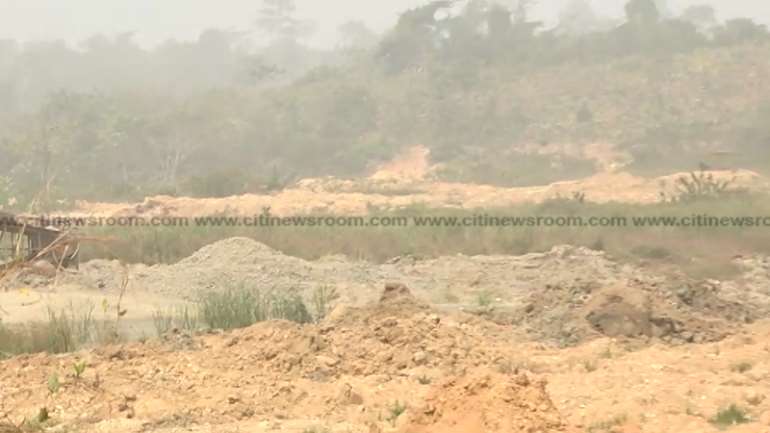 The farmers are thus appealing to the government to intervene by intensifying the anti-illegal mining fight.

“For this issue, President Akufo-Addo and his team should intervene to prevent it outright because it is taking our source of livelihood from us,” a worried resident of Adiembra appealed.

The Youth of the area have vowed to petition the District Chief Executive for Atwima Mponua to take action against the illegal miners.

One of the leaders of the youth, Kofi Marfo told Citi News that: “The operations of the illegal miners in this area have been affecting us negatively. We have had discussions with the District Chief Executive for this area on several occasions but no action has been taken to mitigate it. The youth in this area will petition the DCE again but if he does not respond positively, we shall advise ourselves. We won’t be drinking unclean water while he drinks potable water.

The Regional Quality Control Officer, Alhaji Adam Yakubu told Citi News that the situation keeps worsening by the day and as a result, critical measures should be put in place to salvage the situation.

“The activity of galamsey usually involves washing the alluvial gold in the water and when they do so, the sand which is dispersed into the water is carried as loose particles unto the treatment plant where we treat the water. Over the years, this has impacted adversely on our treatment processes at the Odaso treatment plant.” 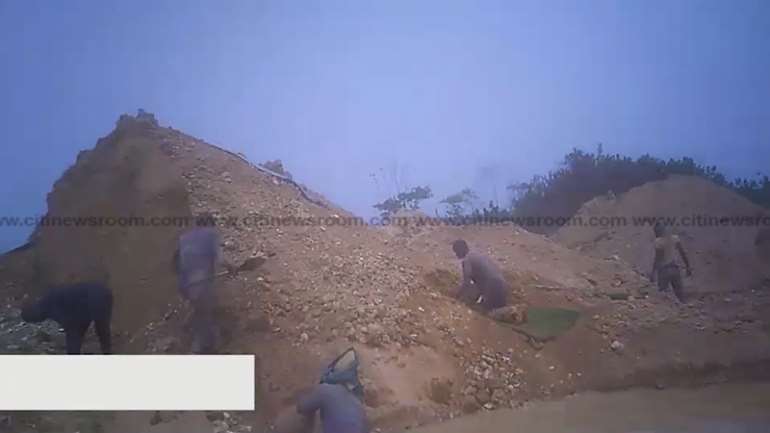