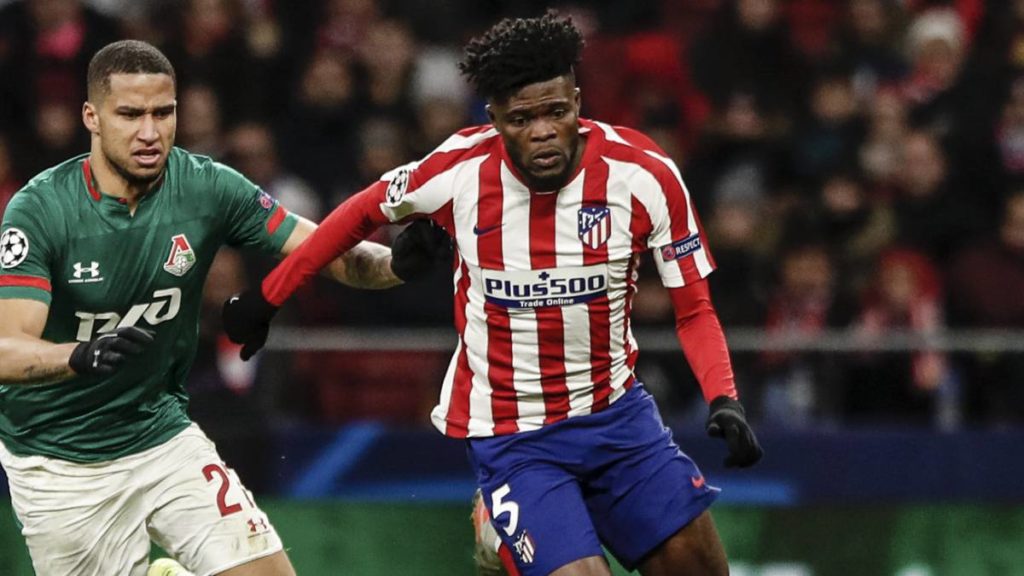 Atletico Madrid midfielder Thomas Partey enjoyed a remarkable evening by completing a 91.7 percent of his 99 passes in their 2-0 win over Lokomotiv Moscow in the UEFA Champions League on Wednesday night.

The 26-year-old Ghanaian recovered 13 balls as the Spanish giants eased to the last-16 with victory at the Wanda Metropolitano.

Partey produced an immaculate midfield masterclass as Diego Simeone men’s advanced to the next stage of the competition.

The Ghana international completed 99 out of 108 passes, representing 91.7% success, followed by Koke with 74 passing accuracy.

The midfielder shone once again and proved his mettle as he lasted the entire duration of the match infront of a packed crowd.

He also ended the game with 13 out of 25 recoveries, second behind Saul with 20.

The Rojiblanco star has boss the midfield since the departure of  Rodrigo.