The Paramount Chief of Effiduase, Nana Adu Ameyaw II has accused the District Chief Executive  (DCE) for Effiduase-Asokore, Mary Boatemaa Marfo of stifling development and progress in the District.

Nana Adu Ameyaw II said Madam Mary Boatemaa is unperturbed about happenings in the District as far as development is concerned.

Addressing journalists in Effiduase-Asokore, Nana Adu Ameyaw said ”We have a lot of children here who have qualified for scholarships but our DCE has refused to process them despite several appeals”.

He added that “We agreed with the assembly that national events which are celebrated locally are split under the two towns which is Effiduase and Asokore, but the DCE has directed that all events go to Asokore which is not supposed to be so”. 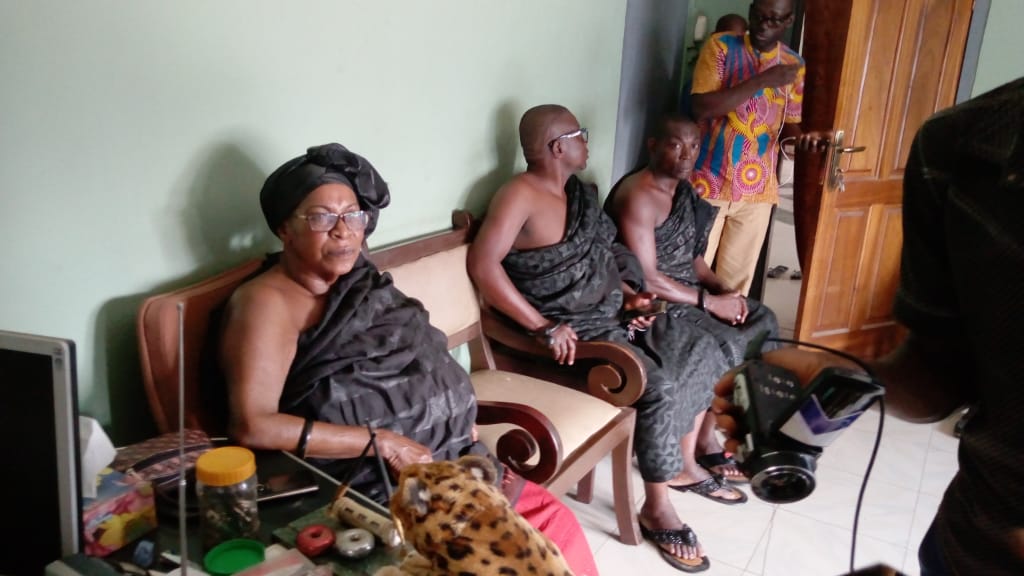 There has been tension between the MP, Dr. Nana Ayew Afriyie and the DCE.

Months ago the DCE accused the MP of assaulting her.

According to an eyewitness report, the incident happened ahead of President Akufo-Addo’s visit to Effiduase in the Sekyere East District during his tour of the Region in October.

“We want President Akufo-Addo and the Regional Minister to help us, we are lacking development in our district”