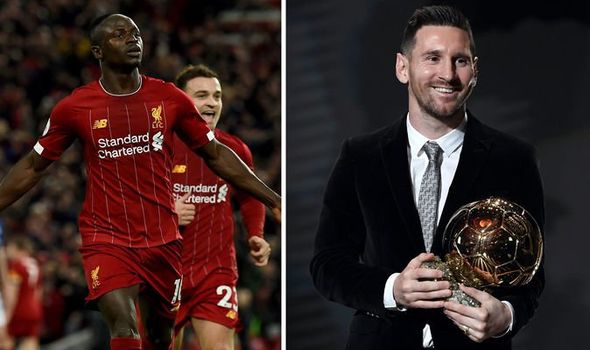 The Liverpool player who also helped his country to reach the final of the Africa Cup of Nation in June finished fourth behind Messi, Virgil van Dijk and Cristiano Ronaldo.

Despite being in the best form for both club and country, Messi defeated Virgil van Dijk by seven points to claim a record-breaking sixth Golden Ball this week.

The Argentine polled 686 points from 180 journalists from around the world with the the Dutchman coming second with 679 votes.

Portuguese superstar Cristiano Ronaldo placed third with Mane finishing fourth with 347 points and Messi has expressed his disappointment over the Senegalese player’s snub.

“But I think there have been a lot of great players this year. That’s why it was difficult to choose a particular player.

“Mane achieved a great year that was exceptional for the entire Liverpool team. That’s why I chose him.

“I repeat, there were a lot of very great players this year, so the choice was difficult.”

Messi also backed Mane as his first choice for the 2019 The Best FIFA Men’s Player of the Year award, which is voted for by national team captains, coaches, journalists and fans.