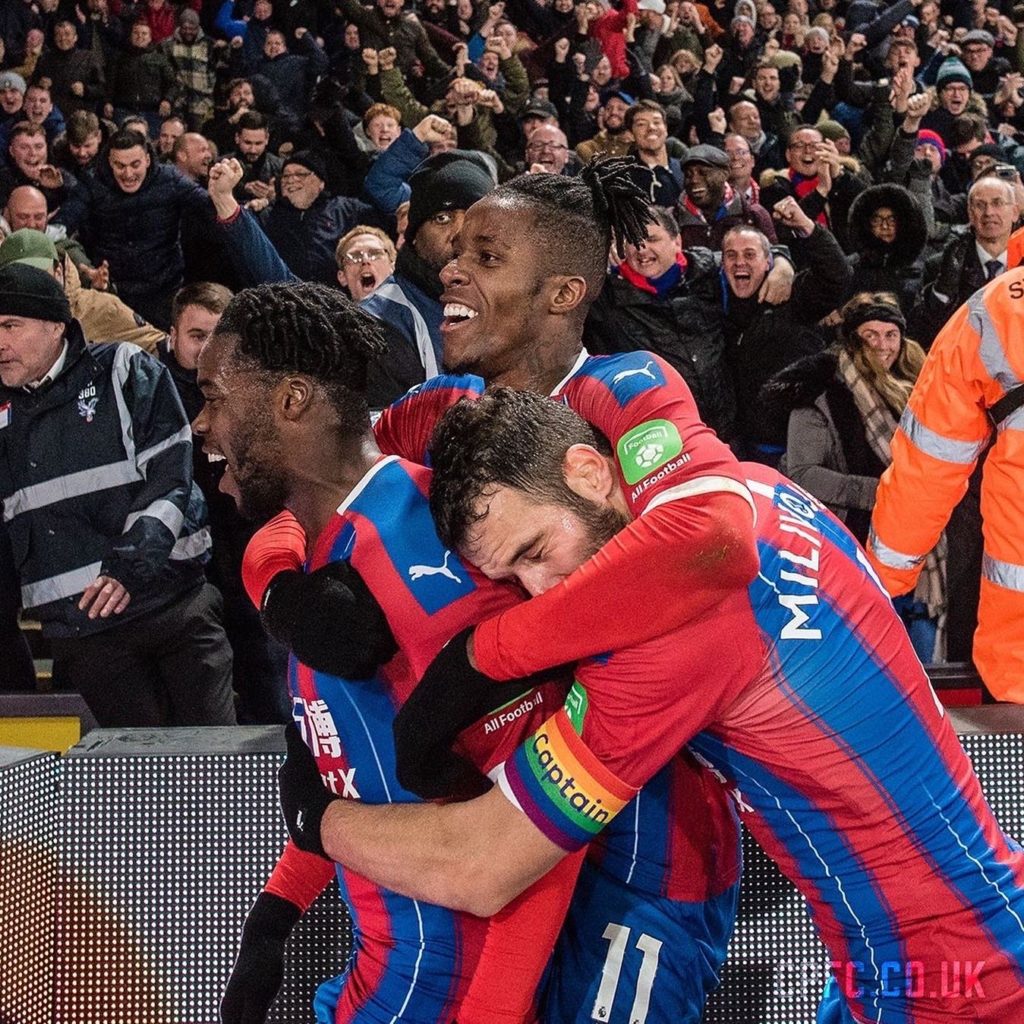 Palace endured a difficult period in the game after they went down to ten men following an early red card to Mamadou Sakho.

For the second game in a row, Schlupp came off the bench to score for the Eagles, with the former Leicester City man netting the only goal of the game after a fine solo run from full-back.

The versatile attacker took to Twitter to hail the performance of the team in the game.

The win has taken Palace to 5th on the standings with 21 points after 15 round of matches.