Breaking News
‘I have trained incredible players and Phil Foden will be one of them’ – Pep Guardiola says 20-year-old will star for Man City for the next 10 years after David Silva exit Noguchi hoping to clear backlog of 7,000 tests after audit DCE Visits Some Voter Registration Centers Efia Odo: Stop fighting for equality; men and women can never be equal [ARTICLE] Ghana’s exclusion from EU list should not be taken out of context 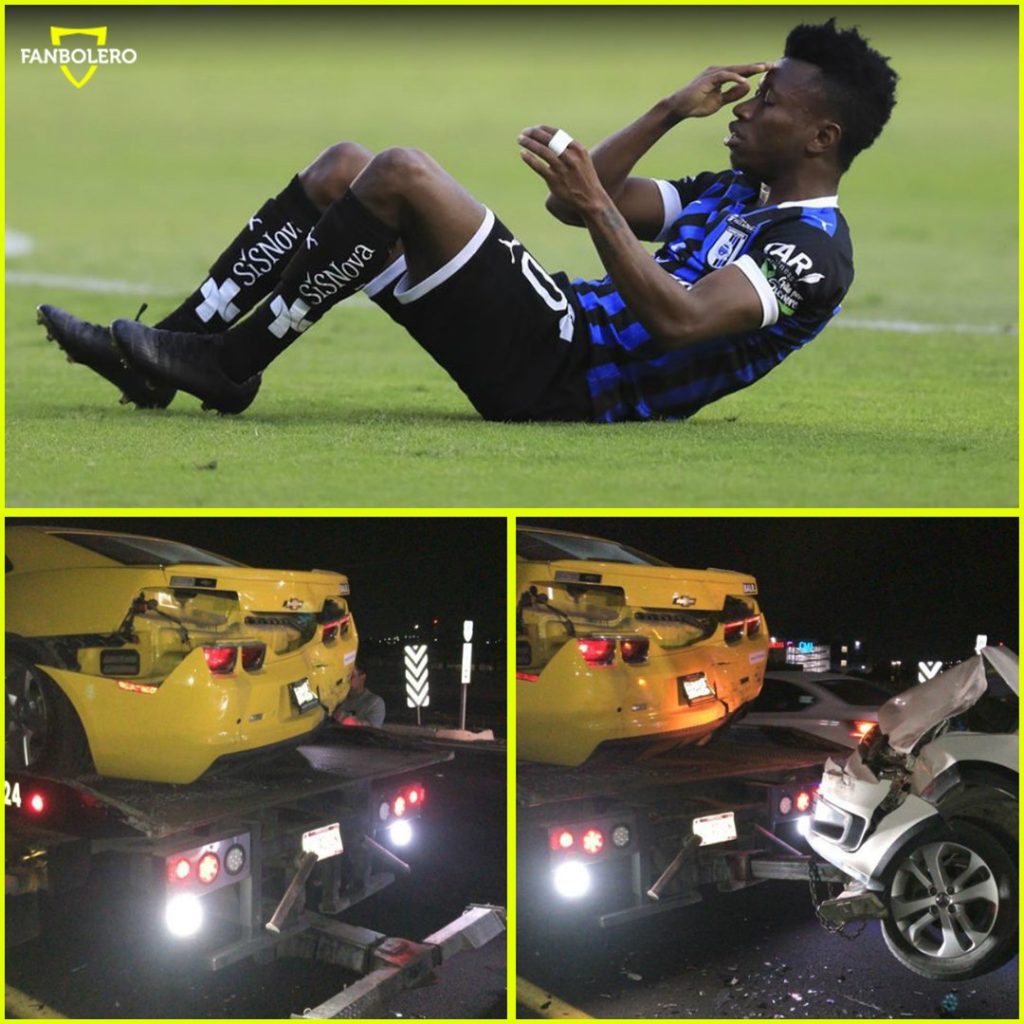 Ghanaian midfielder Clifford Aboagye has been involved in a car accident in Mexico where he plays for top-flight side Queretaro but escaped from the serious incident unhurt, Ghanasoccernet.com can exclusively reveal.

The Gallos de Queretaro player suffered the road accident on Avenida 5 de Febrero road in the city of Querétaro last night when his car was rammed by a pick-up truck from behind.

Security and medical officials were quickly deployed to the scene and they found that no one suffered serious injuries, so none of the car occupants were transferred to the hospital care.

The traffic on the busy road was affected for a few minutes, until the two damaged cars were removed from the scene of the accident.

Despite the shocking facts, no one was injured due to the accident.

However the driver of the pick-up truck that rammed the former Ghana youth international midfielder’s car given immediate car because of the fear of internal injuries.

Various eyewitness accounts indicate that Aboagye stopped his car in the central lanes of the high-speed highway to find his wallet, which he had dropped.

Aboagye immediately went to the police headquarters in the city to give his statements over the accident as did the driver of the truck.

At the moment it is not known for sure if Clifford Aboagye filed a lawsuit or some legal procedure against the person who hit him, because although nothing serious happened he could have lost his life.

He played his first tournament with the White Roosters of Querétaro and has become the key player for the team.

The Ghanaian played in all the Apertura 2019 matches, as well as the two FA Cup matches of the Mexican football system.

It is worth mentioning that the Queretana squad broke camp after their elimination in the Apertura 2019 tournament at the hands of Necaxa in the quarterfinals round on Sunday.

It will be after a few days of vacation for Aboagye’s team before players report for pre-season training for the 2020 Clausura tournament.