December 3 is observed as the International Day of People with Disability (IDPwD).

This UN sanctioned day aims to increase public awareness, understanding, and acceptance of people with disabilities and celebrate their achievements and contributions.

People with disabilities have conquered mountains, climbed the corporate ladder, shone on sporting arenas, built businesses, and are championing for rights and access for all.

In Ghana, people with disability are not left out as many have beat the odds usually against them.

Some are prospering in their chosen fields while some have taken it upon themselves to be the ‘voice’ for the minority among citizens.

Here are a few people whose achievements and contributions are awe-inspiring and thought-provoking. 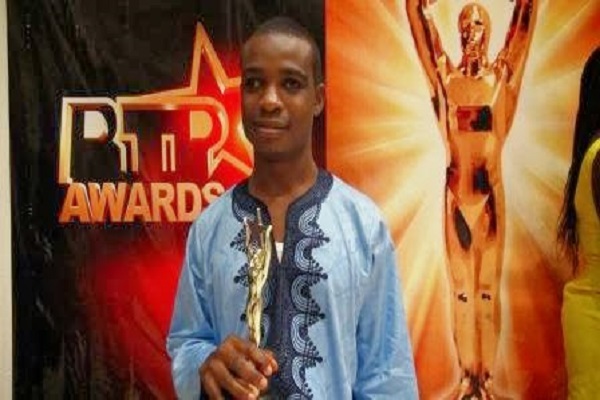 Paul Anomakodie is a visually impaired newscaster recognized for inspiring Ghanaians and for his exemplary pursuit in broadcast journalism.

The broadcast journalist is the 5th child of his parents. His sight started failing him at a tender age after he suffered measles. His parents resorted to various hospitals, herbalists and even prayers but to no avail.

He was later enrolled in the School for the Blind Akropong where he proceeded to Okuapeman Senior High School for his secondary education.

His predicament did not stop him from pursuing a career in journalism where he soon became a fast-rising star in the profession at Etv Ghana.

Anomakodie through several awards from passion, perseverance, demonstrating his endurance to break barriers to broadcasting.

For Paul Anomakodie, “Disability definitely does not mean inability…every physically challenged individual should be given the opportunity to prove themselves if they are qualified for jobs…they should not be dismissed on the mere basis of their physical disabilities.” 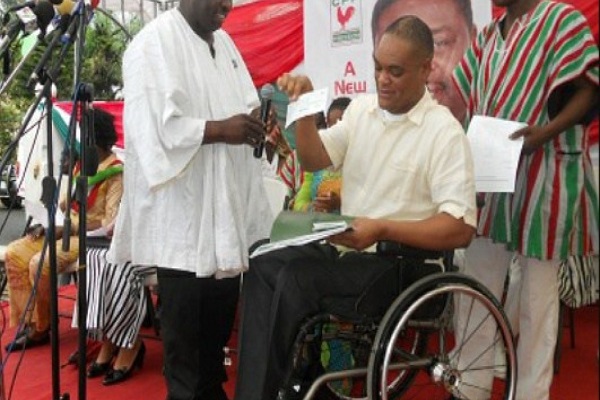 Mr. Greenstreet was not born in a wheelchair but as fate would have he was confined as a result of a ghastly accident on the Tema highway in 1997.

That was the beginning of his several visits to hospitals in Ghana and the UK.

Being the strong-willed as he is known, Ivor Greenstreet, still chased his dream to be a politician aside from being a publisher and a lawyer. He was called to the Ghana Bar and the English Bar (Inner Temple).

Having already made history as the first man in a wheelchair to contest the Presidential election in Ghana, if not in Africa, Mr. Ivor Kobina Greenstreet holds the view that the only barrier to achieving one’s dream is a mindset of impossibility.

The activist on several occasions urged persons with disabilities not to allow their situation to be obstacles to their dreams and aspirations. 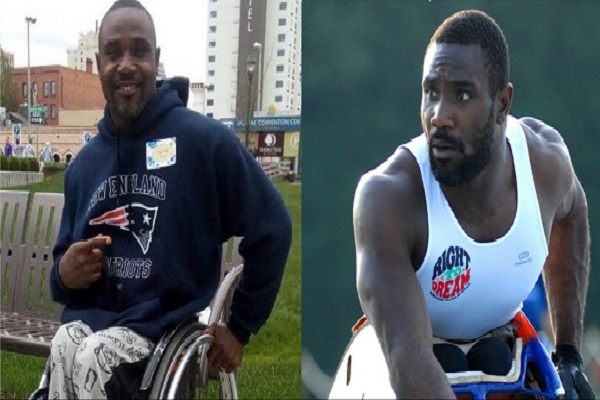 His could be described as a relentless soul who goes after what he wants despite the odds being against him.

Rafael Botso Nkegbe was born in the Volta Region in 1979. He suffered the polio disease at age six which paralyzed his legs. As a sportsman, he had to drop out of school but instead of wallowing in pity, he proceeded to learning shoemaking to take care of himself.

Nkegbe began his sporting career as a wheelchair basketball player in the early 90s but switched to para-cycling in the late 90s. Having garnered a lot of experience as an athlete, Nkegbe has participated in international competitions including the Paralympic Games, All African Games, and Commonwealth Games.

Ghanaian Paralympian is the General Captain of Team Ghana for the 2018 Commonwealth Games in Gold Coast, Australia.

He was among the two Ghanaian Para Cyclists, who made Ghana proud by winning two medals at the 2017 Desert Challenge Games in Tempe, Arizona USA.

He is married to one Armdiya, who also uses a wheelchair. The couple are blessed with three children. 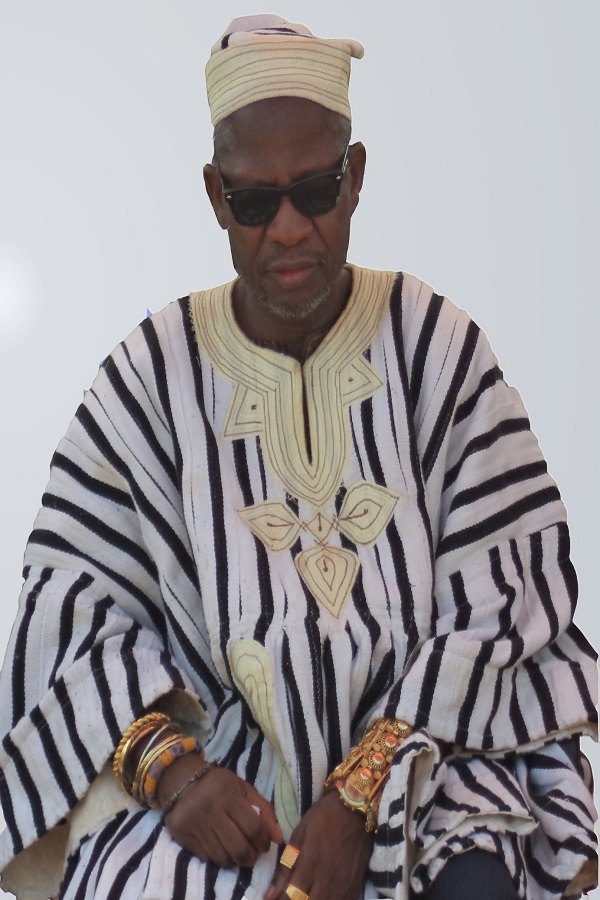 Henry Seidu Daanaa was the first visually impaired person to be approved as a Minister of State in Ghana. He was nominated for the position by President John Dramani Mahama in January 2013.

Despite his education being through the use of Braille equipment, Daanaa did not quit even at the Doctorate level where he completed his Law programmes at the London School of Economics and Political Science.

In 1995, during the calling of new lawyers to the Ghana Bar, the then Chief Justice of Ghana and chairman of the General Legal Council, Justice Isaac Kobina Abban awarded Daanaa with a braille citation in recognition of his excellent and distinctive academic performances during his tutelage.

Dr Daanaa described himself as “a pioneer all my life”, noting that he was the first blind person in Ghana to be called to the bar on 4th October 1987.

In an interview with Joy News, he said many had doubted his abilities then and questioned how he could discharge his duties, but was able to prove his critics wrong.

The 65-year-old hails from Tuasa in the Upper West Region and is one of 13 children born to his parents.