Ghanaian midfielder Joachim Adukor has finally received his medals after more than half a year helping Bosnian side FK Sarajevo to win double last season.

Adukor was made to sit in the stands in the second half of the season after refusing to extend his contract with the Sarajevo club.

The 26-year-old central midfielder played 15 games for FK Sarajevo in the first half of the season.

Per the rules governing the Bosnian top-flight, Adukor qualified to receive the winners medals of both the league and the FA Cup won last term.

He took to his Twitter to confirm his receiving of the medals. 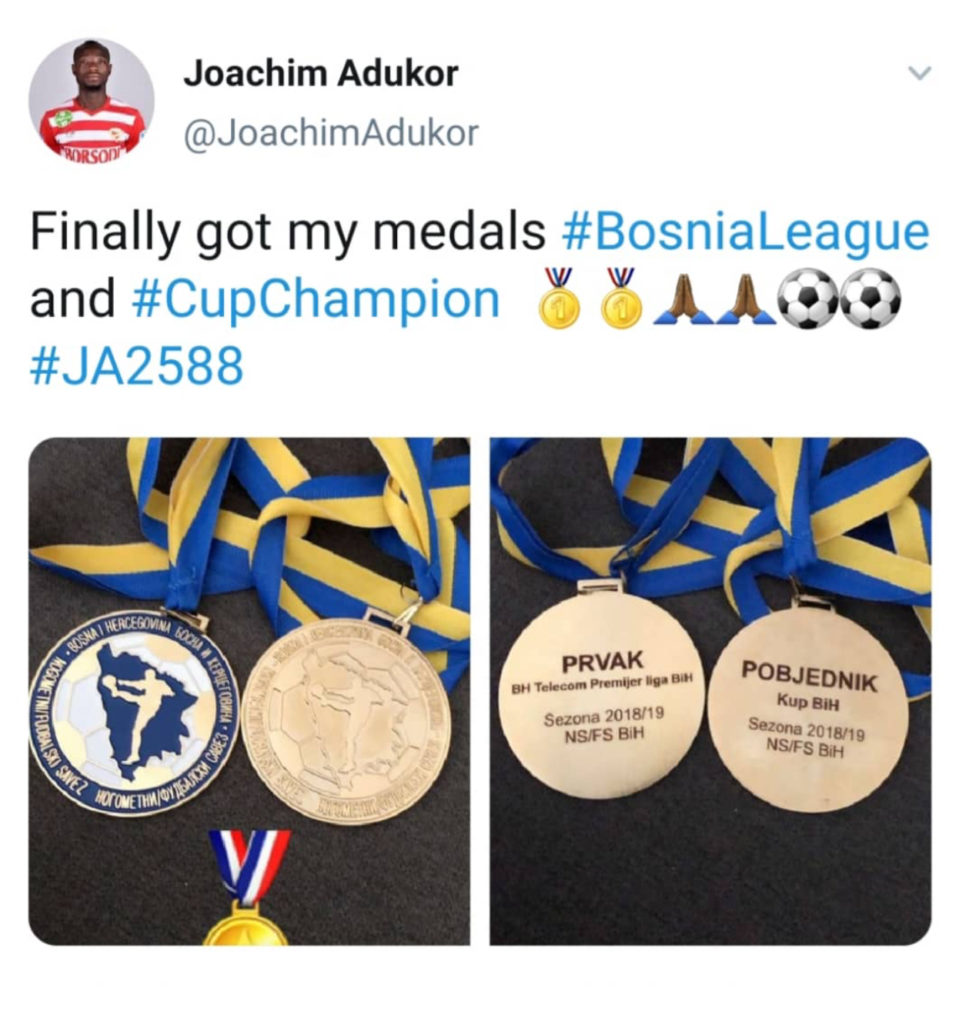