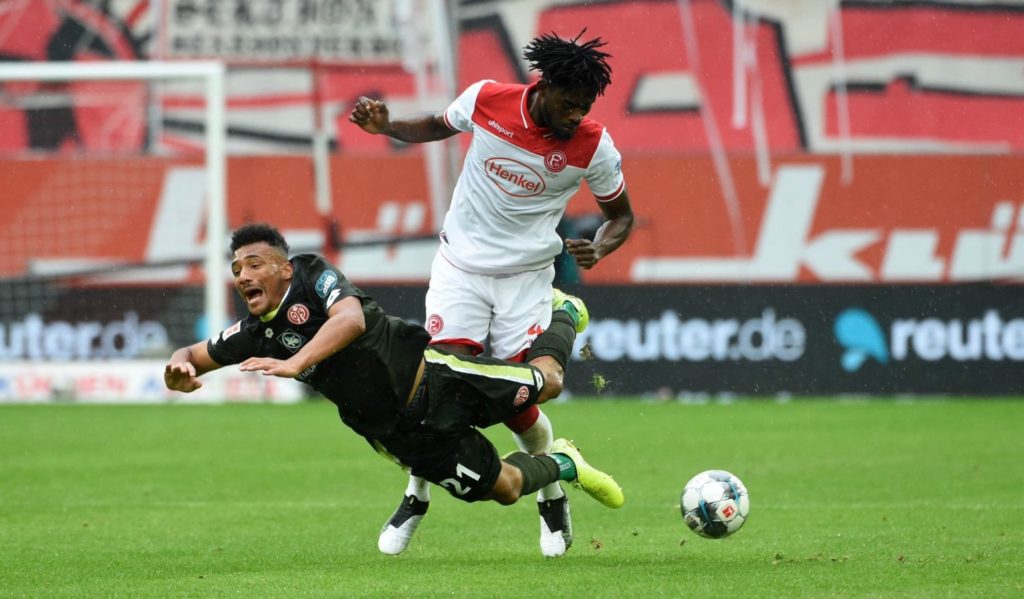 Ghana defender Kasim Nuhu and Bernard Tekpetey were in action for Fortuna Dusseldorf as they inflicted a 1-0 defeat in FSV Mainz 05 to move out of the relegation drop zone in the Bundesliga.

After a slow start to his career at the newly promoted side, Kasim has been a mainstay and added another full action to his belt as his side brought an end to their losing streak.

Dusseldorf clinched a slim win over Mainz 05 at the Merkur Spiel Arena on Saturday afternoon – their first home win of the season.

The 24-year old defender helped his side secure their first clean sheet of the season after eight games.

Adams was not the only Ghanaian who turned out for the home side as former Schalke 04 attacker Bernard Terkpetey played 65 minutes whereas Nana Opoku Ampomah warmed the bench for the victors.

Meanwhile, Kelvin Ofori did not make the match-day squad.