The mining sector has generated a total of GH¢ 1.3 billion as revenue in 2019.

According to the Minister of Lands and Natural Resources, Kwaku Asomah-Cheremeh, the amount represented a 17 percent of total Government revenue gathered for the year 2019, as collected by the Ghana Revenue Authority.

The Minister made the disclosure while addressing journalists at the Information Ministry’s Meet the Press Series on Wednesday September 11, 2019, in Accra.

He said the GH¢ 1.3 billion reflected an increase of 39 percent in the sector’s contribution to Government revenue relative to the GH¢ 980 million contributed in 2018.

According to him, “an amount of US$3.3 billion has been generated by the sector in 2019 as export earnings as compared to US$ 3 billion generated over the period in 2018, making mining a major forex earner for Ghana.”

As at June 2019, a total of 26,425 persons were employed directly and indirectly by the mining sector.

He added that ” this is a marked improvement over last year’s full employment figure of 23, 894.”

He revealed that Ghanaian participation in the mining sector has been on the rise. 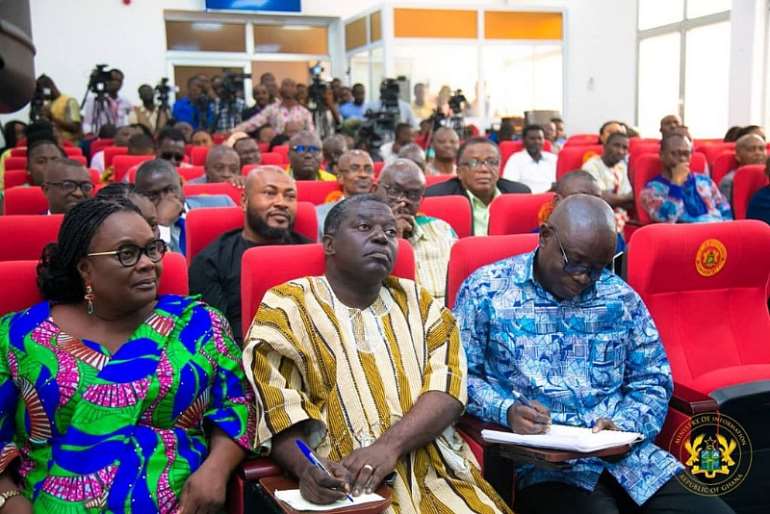 In 2018, he indicated, local procurement of goods accounted for 87.3 percent (US$1.4 billion) of total procurement in the mining sector.”

According to him, as at June 2019, a total of 25 local companies have been registered by the Minerals Commission to provide services.