With no fewer than six shows in cities across the world, Bovi is unarguably one of Nigeria’s most successful comedians.

In 2016, we saw the comedian step into a different role as he produced, wrote and starred in his first feature film, It’s Her Day, which earned him a 2017 AMVCA Best Actor in a Comedy nomination.

Lately, we’ve watched the comedian/actor host Big Brother Naija commentary show, Hotroom, showing on Showmax, alongside co-host Basketmouth. We recently caught up with the Hotroom co-host on the set of the show, where we discussed all things TV and, of course, Big Brother Naija.

What Big Brother Naija housemate do you connect with the most?

Who do you see in the Big Brother Naija top 5?
I really can’t say because I watch for dramatic purposes. I want to enjoy myself and enjoy the show but if I were to guess off the top of my head I’d say Mike, Tacha, Omashola, Seyi, Cindy.

What ‘ship’ are you rooting for in the Big Brother Naija house?

None. I’m a consumer of the product; I just want to enjoy it. I’m not taking sides, I’m watching society play out and how people react emotionally to stuff. That’s it for me.

Walk us through getting into character for Hotroom.

I try not to get into character because I’m running commentary for a reality TV show so I want to be as easy-going, acceptable and vulnerable as the housemates themselves. So I don’t stick to the template, don’t take sides, just be the voice of the viewers as you’re giving them insight into the things they probably missed. Easy come, easy go.

What’s your favourite TV character of all time?

Rowan, aka Eli Pope, on Scandal (also known as The Fixer, and available to stream on Showmax ). I liked the way he used words, his intelligence and theatrical display on the show.

If you had to lobby for a role on a TV show, what would it be and why?

That’s a hard one and that’s because I’m eclectic and have the ability to be whatever character. I think I’m formless so I can’t honestly pick one character and say this is who I want to play.

When was the last time you had to use your celebrity status to bail yourself out of trouble?

The last time I had to bail myself out, I used my status not because of who I am to the people but because of the consequences. It was a road rage situation and I said if I get involved in this situation, I’ll have more to lose because you never know, he might just beat me up physically and then I’ll be in the news that I was fighting. That would be a lose-lose situation for me. So I said to myself, ‘Bovi you have more to lose if you follow this through.’ So, despite all the insults, and it was past midnight, I got in my car and drove off, and I was proud of myself eventually.

As one of Nigeria’s biggest comedians, at what point did you realise you had ‘arrived’?

Success is relative. For me I don’t think I’ve even scratched the surface for the kind of things I want to do. I want to affect the world; I want to make the world a better place. I want people to think of me and find some form of fulfillment. I want people to get out of depression just because of what I said. But based on your question, for every Man of Fire show that I’ve done; that’s before the franchise ended, I liked the fact that people came out and said we want to watch Bovi because he brings comedy, and they’ll sit down and watch me for an hour without leaving. After I finish, I’d say thank you and goodnight and they’ll get up and go home. I did this a 2nd, 3rd and 4th time in Lagos and they got to accept the fact that if there’s this show that stretches till 3am or finishes at midnight, it’s Bovi’s show and if there’s this show that a comedian will stand and deliver the material for one hour straight, it’s Bovi.

You mentioned the Man of Fire franchise ending, what’s the deal with that?

Bovi Man of Fire was supposed to be only one show and the next one was supposed to run by another title. But my management team and promoter said you don’t want to change a winning formula, let’s keep doing Man of Fire. So we did it the 2nd, 3rd and 4th time in Lagos and other cities around the world but I know why I named the first show Man on Fire, because everything I was saying was fire. The theme and topics predominantly had to do with fire and brimstone – just dishing it out. The last show, the predominant topic was sex so I would have rather titled it according to that. So when I say Bovi Man of Fire is ending, I’m talking about that topic. There’ll always be more of me with another name.

If your life were a movie, what would be the title, who would play you and why?

If my life were a movie it would be titled Against All Odds. As for who would play me, off the top of my head, maybe Sydney Talker because we have similar features. I was as skinny as he was when I was his age and I think he’s funny and deep. Pretty much anything he touches turns to gold. Another person that may play me is Josh2Funny. He’s crazy and also lanky like me. My life movie title would be Against All Odds because growing up I’ve heard more nos than yeses and I’ve taken all those nos and turned them into stepping stones and building blocks. I think I’m on this journey against all odds. 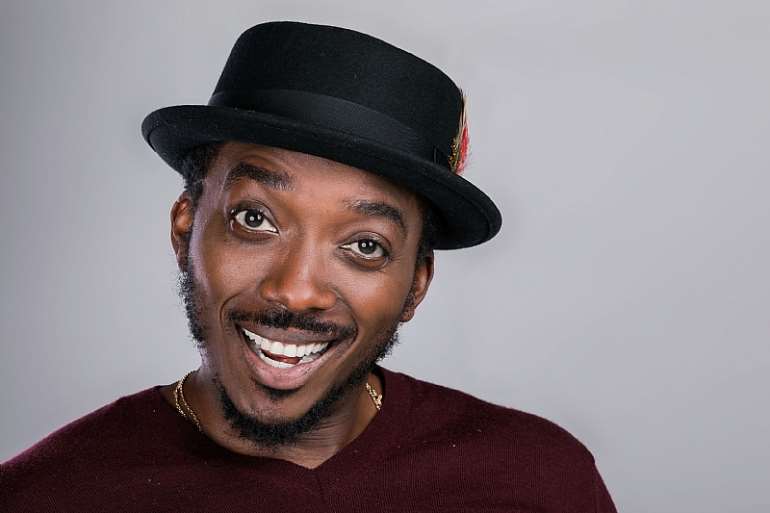