The Savannah Regional Coordinating Council has announced a GHc10,000 reward for any person or group whose information will lead to the arrest and retrieval of its white Toyota Hilux which got missing on July 4, 2019.

The vehicle with registration No. ER 3516-19 was allegedly snatched by a pair of armed men in Tamale.

The police in the Northern Region have since launched investigations into the case and want the general public to assist with information.

A statement signed by the Public Relations Officer of the Northern Regional Police Command, DSP Mohammed Tanko Yussif urged the public to intensify their assistance to the police to retrieve the pickup.

The statement from the police emphasised that a person or group of persons whose information will lead to the arrest and retrieval of the said vehicle will receive the cash reward.

“Any person with information on the suspects or the vehicle should contact the police on the following numbers for necessary action: 0245976618 or 0242055550.”

Two persons were picked up by the police last week to assist with investigations. 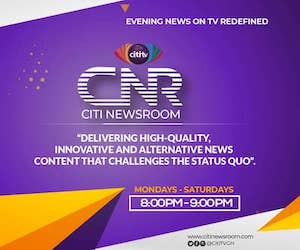 Members of both the governing New Patriotic Party (NPP) and the opposition National Democratic Congress (NDC) in the Savannah Region have been trading accusations over the disappearance of the vehicle.

In a press statement issued last week, the NDC in the region gave the Regional Minister five days to produce the stolen vehicle or face their wrath.

The statement further accused the Minister of conniving with one Alhaji Illiasu, a businessman with whom the Toyota Hilux was handed over to before it was stolen.

The NPP also called on the police to invite the NDC to assist in the investigation to retrieve the vehicle.

According to the NPP, the NDC has continuously given varied accounts of the circumstances leading to the stealing of the vehicle.

They believe the NDC has knowledge of the location of the vehicle.