The event aimed at celebrating outstanding achievements and contributions of extraordinary Civil and Local Government Workers in the course of their work. The event was also held to motivate, sustain and to entice others to join the Association.

Mr. Abdul-Baqi Alhassan, the Municipal Chairman of the Civil and Local Government Staff Association of Ghana opened the award ceremony reflecting on this year’s milestones and on the future. He indicated that the Association still have a long way to go and it is only through a joint effort will the Association be able to reach its fundamental goal. He appealed to Management of the Assembly to address pertinent issues and concerns affecting members of the Association such as delay and frustrations in promotion, upgrading and conversions of staff; poor and or inadequate working tools. He ended by congratulating all awardees.

Mr. Al-hassan Ziblim Alhassan, Municipal Coordinating Director on behalf of the Municipal Chief Executive applauded the awardees for their outstanding achievement saying it was a pleasure to share in their joy. He was confident that all awardees will excel in their roles and contribute to the growth of the Municipality, nation and the world at large. He called on sponsors and corporate bodies to come on board.

Mr. Paul Apam, the Regional Chairman of the Civil and Local Government Staff Association of Ghana commended the awardee for a great work done and urged them to be good ambassadors of the Association. He also commended the Municipal Executives for organizing the maiden awards ceremony. 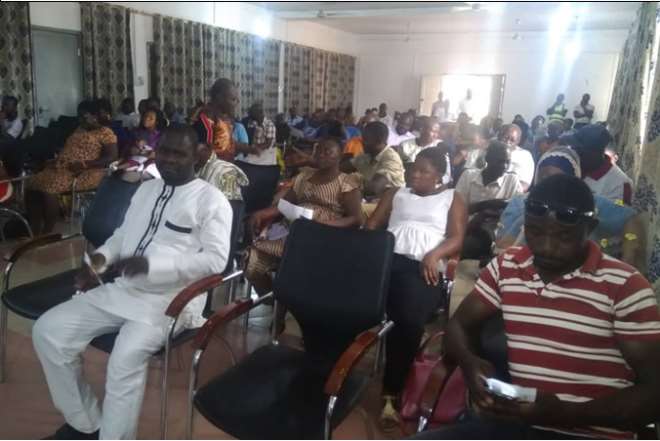