The Member of Parliament for Prestea/Huni-Valley constituency, lawyer Mrs. Barbara Oteng-Gyasi on Sunday May 12, joined windows to celebrate this year’s Mother’s Day at Samahu in the Western Region.

The mothers day get together which is an annual event organized by the MP to celebrate and express her love for women especially widows in her constituency was held at the Samahu park for over 400 widows drawn from Kofidjan, Samahu and Awodua electoral areas to congregate for merrymaking.

The MP who is also the minister for tourism, arts and culture as usual of her dined and presented half piece of cloth to each widow after interacting with the widows amidst dancing to foster peace and unity.

The widows with expired health insurance cards had them renewed and were educated and screened for high blood pressure and ageing related diseases.

The minister addressing the gathering said, women are the primary caretakers of children and elders in society who play a vital role in nation building.

She added that it is against this background that similar event has been held at Bogoso and Huni-valley to put smiles on the faces of these widows.

“Women are not inferior to men since they are capable of sharing all the responsibilities of life, women should be rightly compared to the wheels of the same carriage and accorded an equal position in our society. We should realize the importance of women and grant them a very dignified position equal to men because the main responsibility of women is to preserve the human race,” she intimated.

Mrs Barbara Oteng-Gyasi advised mothers to recognize their unique positions and bring up their children with extreme care.

According to her, the progress of the nation depends on the way mothers bring up their children to become future with positive attitude towards work.

The Member of Parliament touted some projects and social intervention policies she has undertaken to improve the well-being of women in her constituency.

She mentioned the installation of incubator and expansion of the children’s ward at the Prestea government hospital, free health screening, free registration and renewal of health insurance cards and the introduction of the Obaapa Micro Loan Scheme which seeks to extend small loans and other basic financial assistance to women who do not have access to capital.

She assured that, all women in the constituency would benefit from the Scheme and urged those who are yet to be registered to remain calm, adding that no one would be discriminated since the selection is non partisan based.

The minister continued, “While much more needs to be done to bring parity for women in Ghana the government has overseen real progress in recent years, for example, the introduction of Nation Builders Corps (NABCO) raised the female employment rate to a record high, government is putting farmers at heart by reducing cost of fertilizers, free mass spraying and the creation of a pension scheme for cocoa farmers.”

The MCE for the area Mr Mozart Kweku Owuh together with constituency executives of the NPP applauded the MP for continuously pursuing the interest of the vulnerable to improve their well-being through various forms of assistance.

The Queen mother of Takunanso, Nana Botwe I lauded the MP for her kind gesture.

She advised women to instil discipline in the upbringing of their children.

Beneficiaries expressed gratitude to the MP for her love for women especially widows and further assured the MP of their votes in the upcoming 2020 parliamentary elections. 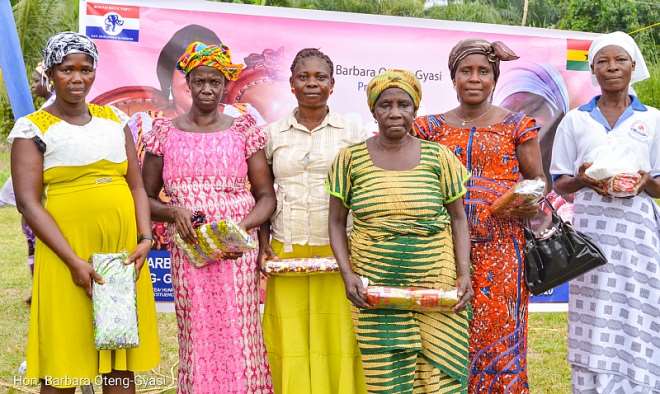 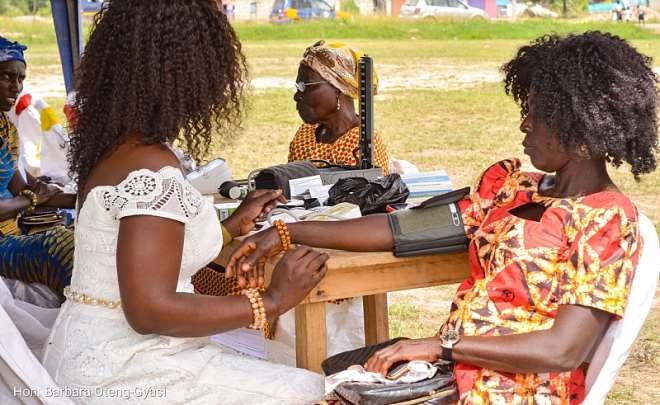 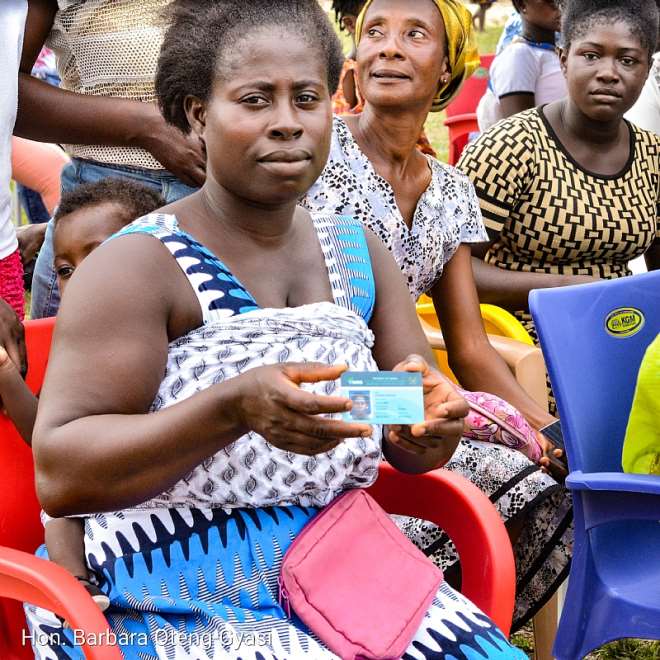