On Friday the 15th of March 2019, The African Diaspora Awards (T.A.D) Committee and Panel held an awards dinner at the Albermarle Suite at The Grosvenor House Hotel in Mayfair. The T.A.D ceremony celebrates, honours and recognises the high achievements from those within the African Diaspora Community.

Dentaa Amoateng MBE was the recipient of the Chairman Award, the highest award available at the event, this was presented by Conrad Mwanza, Founder and CEO of the African Diaspora Awards as well as Pumela Salela, CEO of Brand South Africa.

Dentaa was awarded the T.A.D’s Honorary Award for her services to community development. She received the award due to her immense contribution to key initiatives in communities that have impacted a positive change throughout the UK and Ghana. Through this, she has unrivaled experience and influence in business and within the diaspora circles.

Dentaa commented: “I am thrilled and privileged to be chosen for the T.A.D’s honorary award for services to the community. The conversations we have raised tonight are such important ones, it is imperative that we recognise and celebrate incredible African talent across the diaspora – my voice is only one, but we must come together and champion our own excellence and break through the glass ceiling.”

About GUBA:
GUBA Enterprise consisting of the GUBA Awards, GUBA Expo, GUBA Foundation, GUBA Careers and GUBA Diaspora card, is an umbrella organisation committed to the advancement of Ghanaians. GUBA Awards promotes closer economic, cultural and social links between Ghana and the United Kingdom. Launched in 2010 as the Ghana UK Based Achievement (GUBA) Awards, the annual event celebrates and acknowledges the contribution of Ghanaian and African based businesses and individuals in the United Kingdom. Following the success of the annual awards programme, GUBA expanded into the GUBA Foundation, GUBA Expo GUBA Careers and GUBA Diaspora card to provide distinct services targeted at individuals and businesses. 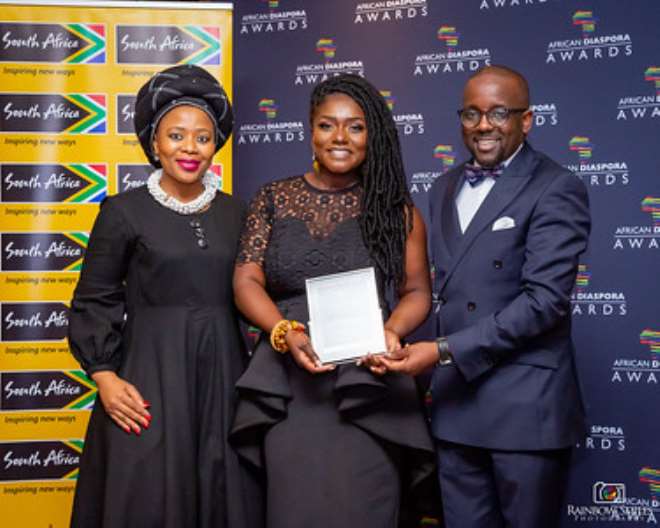