Dreams FC have announced the setting up of another feeder team to cater for the numerous requests from the northern parts of Ghana.

The model Premier League club are extending their tentacles in order to rake in more talents.

The club has however been inundated with calls of interest particularly from the three Northern Regions and the Brong Ahafo Region leading to the decision to set up yet another feeder club that will be based in Tamale.

“Management wishes to notify the general public of the establishment of the latest feeder club of Dreams FC, Dreams-Tamale,” the club announced in a press release on Monday.

“This is in fulfilment of one of the directives by the Board in its last meeting of 2018.

“Management was tasked to set up another feeder team in the Northern Regional capital of Tamale tentatively christened ‘Dreams Tamale’”.

Players who excel at this newly established feeder club will either earn promotion to the first team of Dreams FC or will join clubs abroad where there are interests.

Dreams FC, established in 2009 is noted for finding, nurturing and churning out talents mainly to stellar European clubs.

Below is the Press Release from Dreams FC: 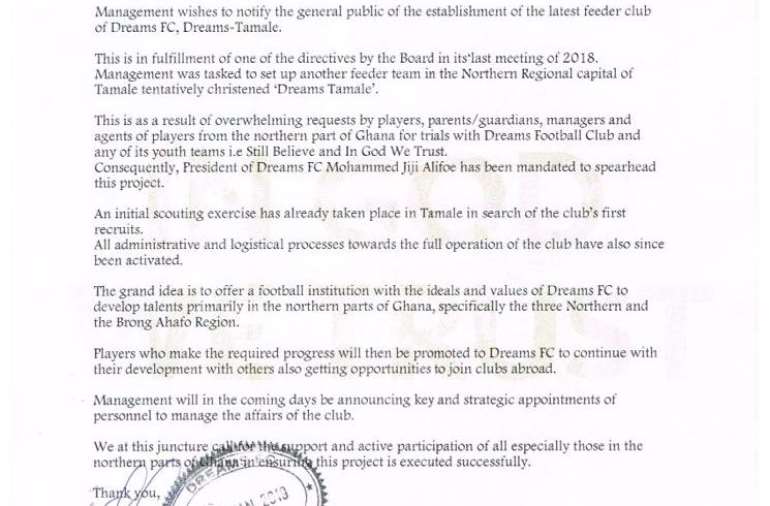