Breaking News
Mason Greenwood’s incredible records aged just 18 as Manchester United wonderkid scores once again Jane Opoku-Agyemang will restore the dignity of the office of VEEP Asenso Boakye Secures His Voter ID Card As He Encourages Ghanaians To Register Mason Greenwood is like Rooney and Van Persie, will be ‘better than Rashford’, and has already scored 16 goals for Manchester United Go and register without fear of intimidation

After over 12 hours, voting is still underway at the Dome of the Accra International Trade Fair Center where the opposition National Democratic Congress (NDC) is holding its 9th delegates’ conference.

The voting exercise, which started at about 6:00pm on Saturday, continued unabated throughout the night into Sunday where hundreds of delegates were yet to cast their ballots even as at 7:00am on Sunday.

Many journalists and political watchers have expressed surprise over the process as no political conference in recent years has ever had its elections drag for more than 12 hours.

No exact reason can be attributed to why the process has dragged, but voting was anticipated to start at least 3 hours earlier than it actually started.

The conference, which began at 10:00am as scheduled, had several speeches from key members of the party and processes for amendment of the party’s constitution. 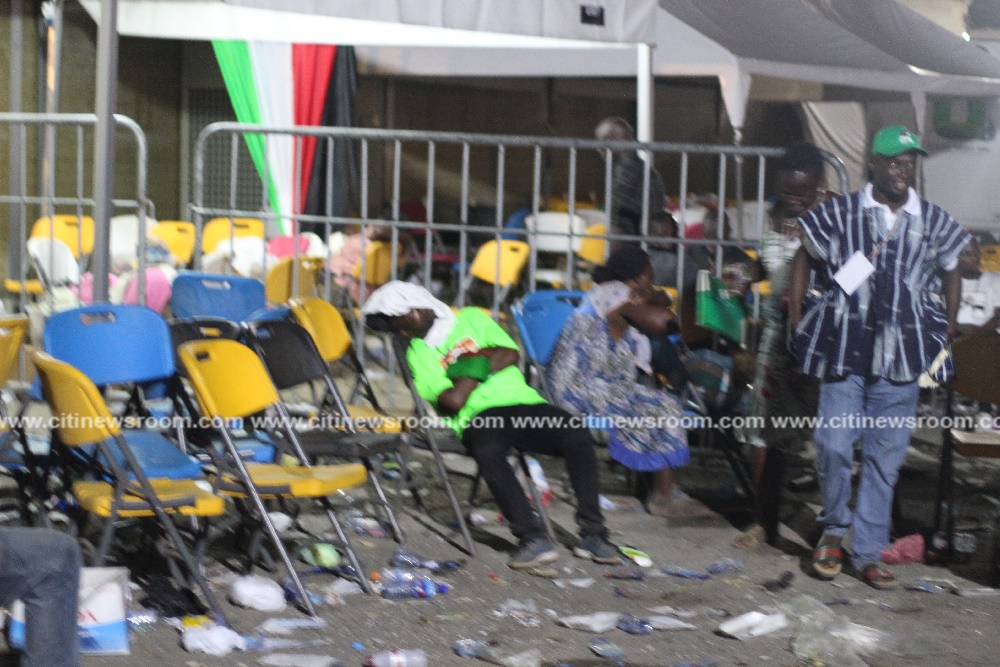 At the time of filing this report,  delegates from Greater Accra, Brong Ahafo and the Eastern Regions, the last group of delegates, were casting their votes.

It is unclear yet when the voting will actually end, but it may take an extra 3 hours after the official end of voting, for the results to be declared.

All ballots will be sorted and counted before winners are declared.

In total, about 9,000 delegates are expected to be cast their votes.

How did delegates spend the night?

It’s was a free for all sleeping experience, as delegates, journalists, and party members had to struggle between sleeping and keeping vigil throughout the voting process. 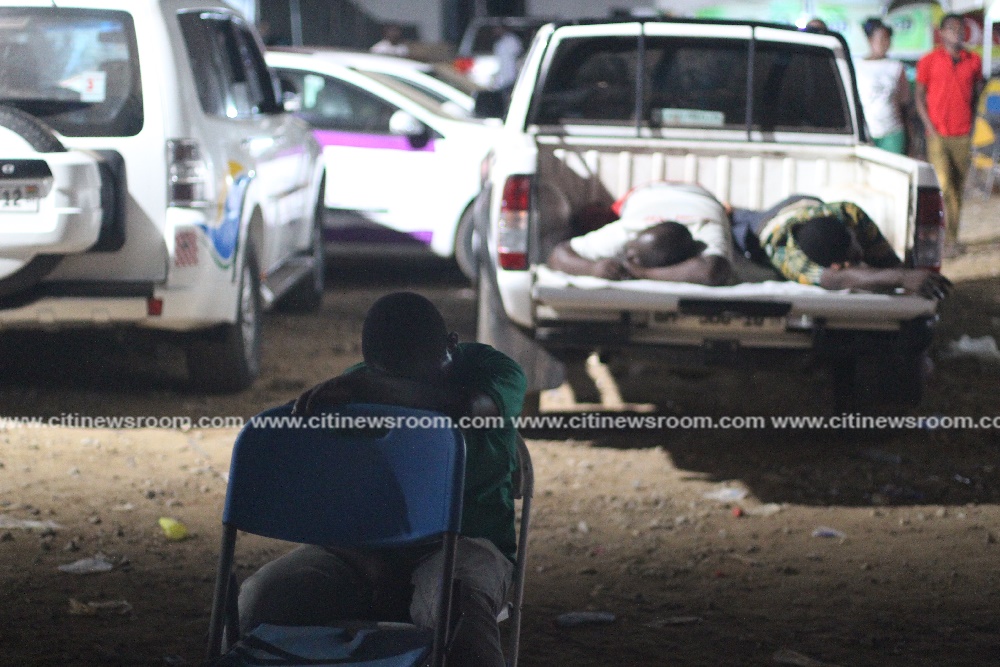 Most of them were seen either sleeping on chairs and on any available space that would give them a considerable space to lay their heads.