Africa’s largest crafts fair opened Friday in the Burkina Faso capital Ouagadougou under the shadow of growing terror and jihadist attacks in the West African nation.

The 10-day Salon International de l’Artisanat de Ouagadougou (SIAO) has attracted more than 2,500 exhibitors from 25 countries this year and hopes to draw about 300,000 visitors. 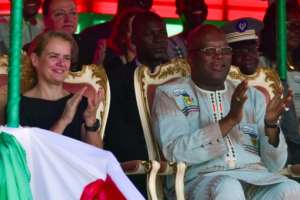 It comes at a time of “a difficult international and national context,” said Commerce Minister Harouna Kabore, adding that his country was being increasingly “targeted” by jihadists.

In 2015, Burkina Faso, one of the world’s poorest countries, joined a string of Sahel nations to come under pressure from jihadists.

Rebels began staging cross-border raids in the north of the country from neighbouring Mali. Over 130 people have been killed in three years and hundreds of schools and town halls in the volatile north have been closed.